Kentec in great shape at the gym 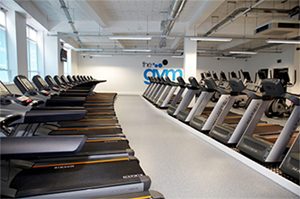 A major expansion by the UK’s leading gym operator has seen new fire safety systems that use Kentec fire alarm control panels, installed in new premises across the country to protect users and staff.

The Gym Group is the UK’s largest gym operator with in excess of 500,000 members, just six years after it first opened its doors. The company, where members pay monthly fees with no contract commitments, plans to have 80 24-hour gyms across the UK by the end of 2015.

David Fell, Sales Director of Southern Fire Alarms explains that ‘24-hour member access means that gyms are not always staffed, so consideration had to be given to the positioning and accessibility of the fire control panels. Kentec’s unique tamper resistant window was chosen to protect the fire alarm panels from unauthorised access to its controls, whilst allowing access to the LED display and Zonal indicators.’

To allow for the needs of all gym members, staff and visitors, some of whom may be hard of hearing or users of MP3 personal music devices, fire alarm indicators were designed into each system to provide visual warning of alarm activation.

Kentec’s flagship ‘open protocol’ Syncro AS series is recognised as one of the most powerful systems of its type on the market today, guaranteeing the very highest standards of performance, safety and reliability that such busy sports venues demand.